Every culture has comfort food.  That food you long for when you’ve had a tough day, or you are lonely, or you just need the sense of a pat on your back, transmitted to your stomach.  It’s the food that makes you feel at home and that life is good.

In Cuba, there is a soup that many consider a comfort food.  It’s a dish that almost always brings a smile to someone’s face and a warm memory of their own family’s recipe.  The tradition of ajiaco goes back to the time the native Taino lived on the island.  Named after the hot ajies (peppers) that have since been replaced with less spicy varieties. To this the Spanish added meat – cuts of beef and pork.  Later Africans, brought to Cuba as slaves, introduced plantains and tubers such as malanga.  This blend of indigenous, Spanish and African flavors speaks to the Cuba that is today – a melting pot of cultures that is sometimes close to a boil.

There are as many variations of ajiaco as there are Cuban families.  The tradition has been to use what is at hand blended together with love, tenderness and a cook’s skill.  Here is a recipe to use as a guideline.  Adjust quantities to the number you are cooking for, and if you have some left over, it only gets better as the flavors sit.

Vegetables
½ pound malanga (similar to, but not the same as taro – but taro can be substituted)
½ pound boniato (learn more about boniatos)   Or, substitute sweet potatoes
½ pound yuca
½ pound pumpkin, peeled and cut in chunks
1-2 green plantains
1-2 yellow plantains (ripe bananas can be substituted)
*Cut the above into rounds about 1” thick
1-2 ears of corn, shucked and cut in 2-3” rounds
Meat
1 pound chicken meat – thighs and drumsticks are a good choice –
¼ pound skirt or brisket beef – cut into 1” cubes
¼ pound tasajo – dried beef (soaked at least 8 hours before using)
¼ pount pork loin cut into 1” cubes
Sofrito (Caribbean sauce)
2 tablespoons of oil
2 cloves garlic
1 tsp ground cumin
3-5 peppers of your choice (could be green, cubanelle, cachucha), stemmed, seeded and diced
1-2spicy peppers of your choice (habanero, tabasco, bonnet) stemmed, seeded and diced
1 large yellow onion – chopped finely
1 cup tomato puree
2 Tbs. salt
¼ cup freshly squeezed orange juice
¼ cup chopped cilantro
6 quarts of water
Instructions
Put in a heavy stock pot 6 quarts water.
Add meats and simmer until tender ladling off any froth in the process.  Simmer an hour or two.
While the meat cooks, make the sauce and peel and cut the root vegetables.
Once the meat is tender, add the root vegetables and simmer more.  When they are partially done, add the corn.
Cover and let simmer about an hour.
Initially, as mentioned above, different types of meat were used to prepare Ajiaco. Salted meat was very common, especially before refrigerators came along. Nowadays, the economic situation in Cuba doesn´t allow the use of so much meat in only one dish. Beef, for example, is a rare commodity in Cuba. It can be found in restaurants and supermarkets sometimes but only at a very expensive price. It can also be found in the black market where it is not only expensive but risky since illegal consumption of beef became criminalized in 1979.

So, if you did somehow manage to get your hands on some beef, you might use the broth for the Ajiaco or any other soup, but you would remove the meat to make some Ropa Vieja (shredded beef in tomato sauce).

For most families in Cuba, pork and chicken are the primarily meat choices. According to Buena Fe, a popular fusion Cuban band, pigs are the national mammals since pork is the easiest meat to get in Cuba and Cubans enjoy it! Nevertheless, its increasing price is making Cubans turn to eating chicken more and more because it is more affordable although not as easy to find.

The size and prices of the nearby farmer´s market will determine the variety, availability and affordability of vegetables and condiments. The bottom line is that when a family is preparing ajiaco, the ingredients are determined by their economic means.  No matter the ingredients, you know it is always made with tons of love. 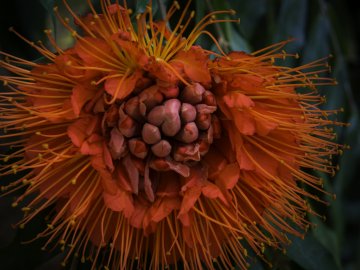 Maria is a lead guide in Cuba for ROW and Cuba Unbound . 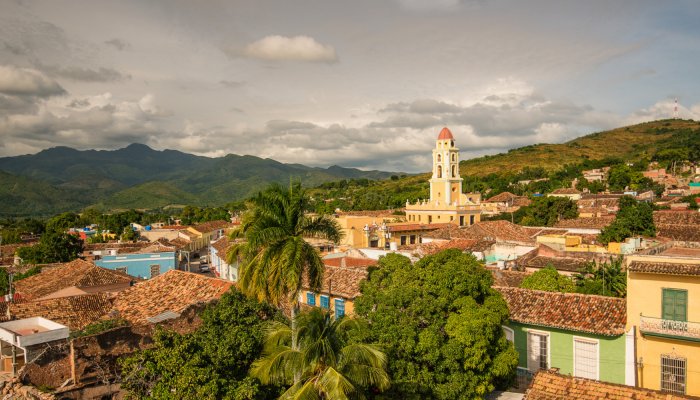 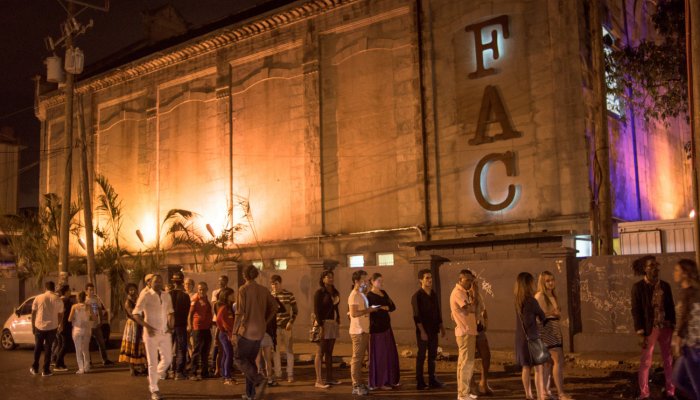