Cuba and its Caribbean neighbors form the Greater Antilles, a chain of islands created millions of years ago when two of Earth’s tectonic plates collided. The deep, broad waters of the Straits of Florida separate Cuba from Florida whereas the more shallow Nicholas and Old Bahama channels divide Cuba from the Bahamas. To the northwest, Cuba is adjacent to the Gulf of Mexico. Interestingly, in terms of geology, Cuba remains part of North America as the division between the Caribbean and North American tectonic plates lying under the Caribbean Sea runs south of Cuba, east to west.

Long and narrow, Cuba stretches 750 miles from east to west but is only 60 miles wide in most places. Even so, Cuba covers 44,827 square miles and carries the consequence of being the largest of the Caribbean islands. More than 4,000 islands and cays, which form four primary archipelagos, also surround the main island: Jardines de la Reina, the Canarreos, the Sabana-Camagüey, and the Colorados. 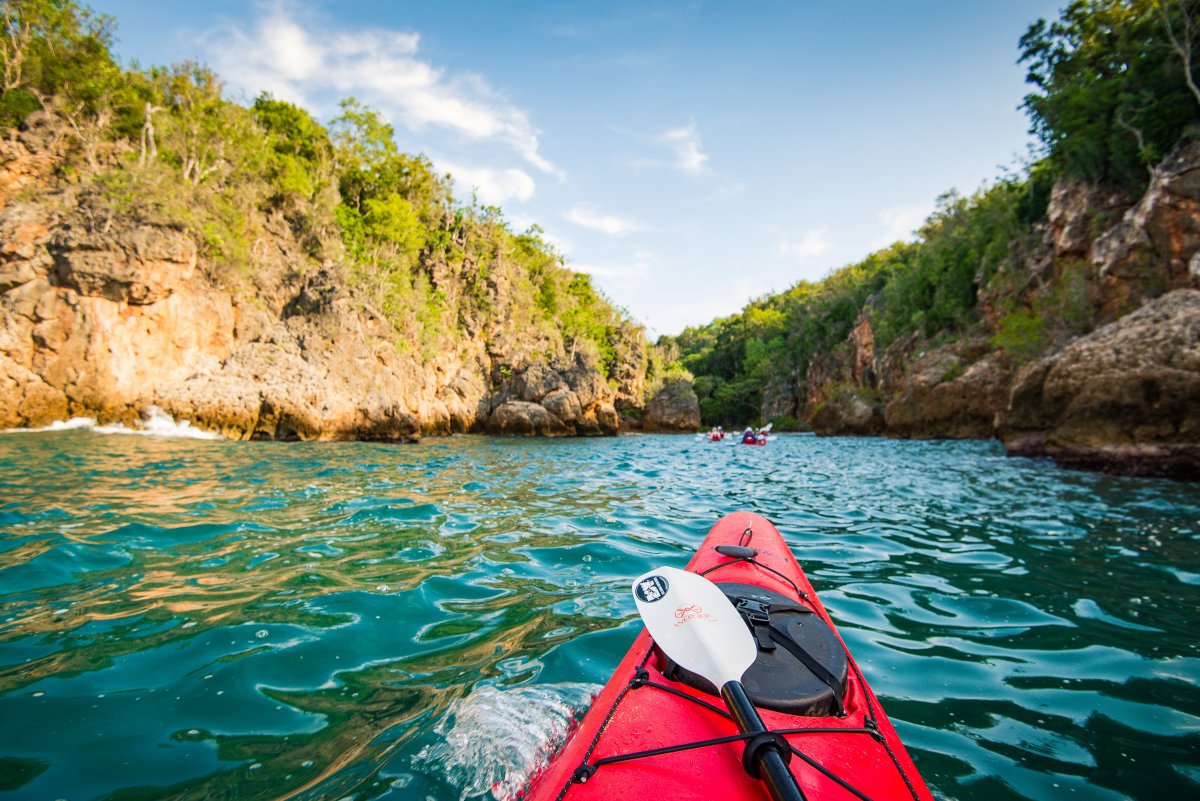 More than 3020 square kilometers of coral reefs can be found in Cuba and its surrounding islands, making it the second largest reef system in the Caribbean after the Bahamas. In general, the Caribbean’s reef systems face many challenges in the form of pollution and coastal development that put stress on these fragile ecosystems. While Cuba’s reef systems experience similar threats, 20 of the Caribbean’s 24 nations list over 90% of their reef listed as threatened whereas Cuba accounts for only 46% of their reefs as threatened. Cuba has taken great measures to protect its reefs, and many of these efforts have been focused on its archipelagos.

Jardines del Reina, one of Cuba’s marine protect areas, often garners the honor of being referred to as the Galápagos of the Caribbean, which is high praise indeed. Lying to the South of Cuba, Jardines del Reina is formed by over 600 islands and cays. Located about 60 miles off of Cuba’s coast and spanning over 837 miles, Jardines de la Reina owes some of its ecological health to its geographic location in that its distance from central Cuba affords it some isolation from tourists, poachers, and fishermen. Although the mangrove and reef ecosystems are flourishing, they suffer from invasive lionfish and increased tourism.

The Canarreos archipelago is home to the Isle of Youth, or Isla de la Juventud. The Isle of Youth is Cuba’s second largest island and lies south of Havana and Pinar del Rio. The Isle of Youth is well known for its interesting system of caves near Punta del Este beach. These caves are lined with 235 ancient, pre-Columbian drawings created by the island’s indigenous population. The island first garnered European attention in 1494 with Christopher Columbus’s landing on his second voyage to the New World. While Columbus originally named the island La Evangelista, it was commonly referred to as Isla de Cotorras, or the Isle of Parrots, as well as Isla de Tesoros, Treasure Island, until modern history.

The Sabana-Camagüey archipelago lies in Cuba’s north-central Atlantic coast, and 35 protected sites can be found among its marine and coastal ecosystems such as the Bay of Buena Vista Biosphere Reserve and Caguanes National Park. This archipelago is the Caribbean’s largest system of keys, and they create a mosaic of habitats where biodiversity flourishes. With its high level of terrestrial and marine endemism, the archipelago remains one of Cuba’s richest habitats.

FUN FACT: The Isle of Youth's paradisiacal appearance and frequent pirate activity caught the attention of several famous writers. Robert Louis Stevenson’s Treasure Island as well as J.M. Barrie’s Peter Pan claim the island as an inspiration for their accounts of islands as well as indigenous and pirate inhabitants. 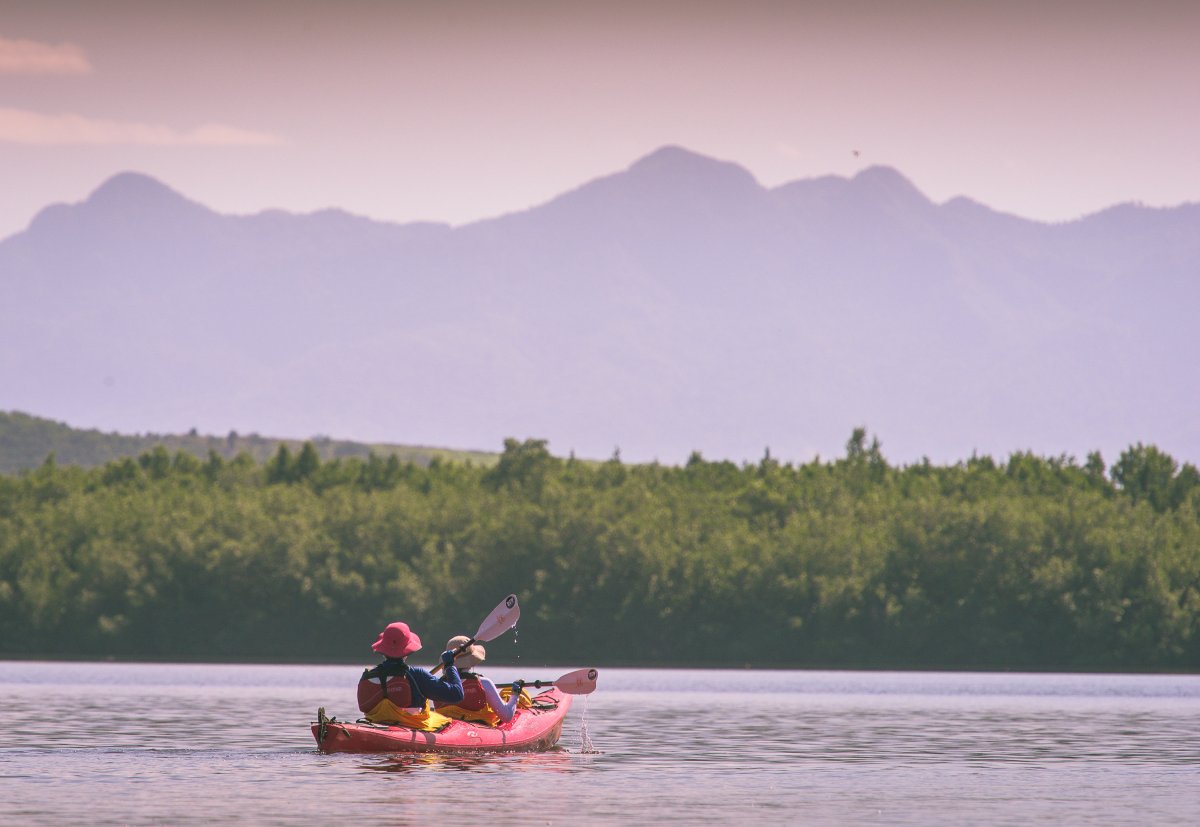 Cuba contains four distinct mountain ranges, otherwise known as ‘alturas,’ that influence Cuba’s ecological regions. Western Cuba is dominated by the Cordillera de Guaniguanico, which itself is split. To the west of this region lie the lower mountains of the Sierra del los Órganos, where deep limestone deposits have created a unique landscape of flat-topped mountains topping precipitous cliffs. In the eastern portion of this region lies Sierra del Rosario, which is comprised of limestone, various igneous rocks, and lavas. Sierra del los Órganos and Sierra del Rosario both have commanding views of the Pinar del Rio Province.

The Escambray Mountains lie in central Cuba north of Trinidad. This mountain range has a distinctive double-domed structure formed from metamorphic and igneous rocks, most prominently marble. The Parque Natural Topes de Collanes lies in these mountains, and the reserve holds an impressive array of cave systems and arterial rivers as well as grottos and canyons. In the surrounding hills, you can find Cuba’s national flower, the mariposa, West Indian mahogany, and over 40 indigenous species of orchids.