Cuba's sunny and warm subtropical climate makes for a Caribbean paradise all year long, but there's plenty of seasonal climate changes to consider when planning your Cuban getaway.

Cuba’s peak tourist season runs from mid-December to mid-March as well as July and August. Crowds are at their thickest here, and prices and bookings tend to be up as well. It’s always good to plan ahead when visiting during Cuba’s high season.

Cuba’s shoulder runs through the months of April and October. Visitors can find some special deals during the shoulder season, though there’s a slight peak around Easter.

Cuba’s low season hits May through June and September. Expect some closures or fewer facilities during the low season when tourists are less likely but hurricanes are more likely.

1 - Hot and Wet Season (May through August): During the summer, Cuba is hot and humid.

2 - Hurricane Season (End of August to First of November): Like all Caribbean Islands, Cuba gets hit by hurricans. The fiercest hurricane months are September and October, though the "hurricane season" runs from June through November. That being said, Cuba has a tendency to hold out pretty well against hurricanes!

3 - Dry and Cooler Season (November through April).  If you love the consistently sunny and temperate weather, Cuba's dry season is for you. It's generally 77-82 degrees (25-27 C) with less rain and cooler evenings. The island warms up beautifully from March through mid-April, and visitors can expect warm Caribbean currents, cooling northeasterly winds and occasional rainfall.

Here are some graphs for visual learners (Celsius and millimeters graphs below too!): 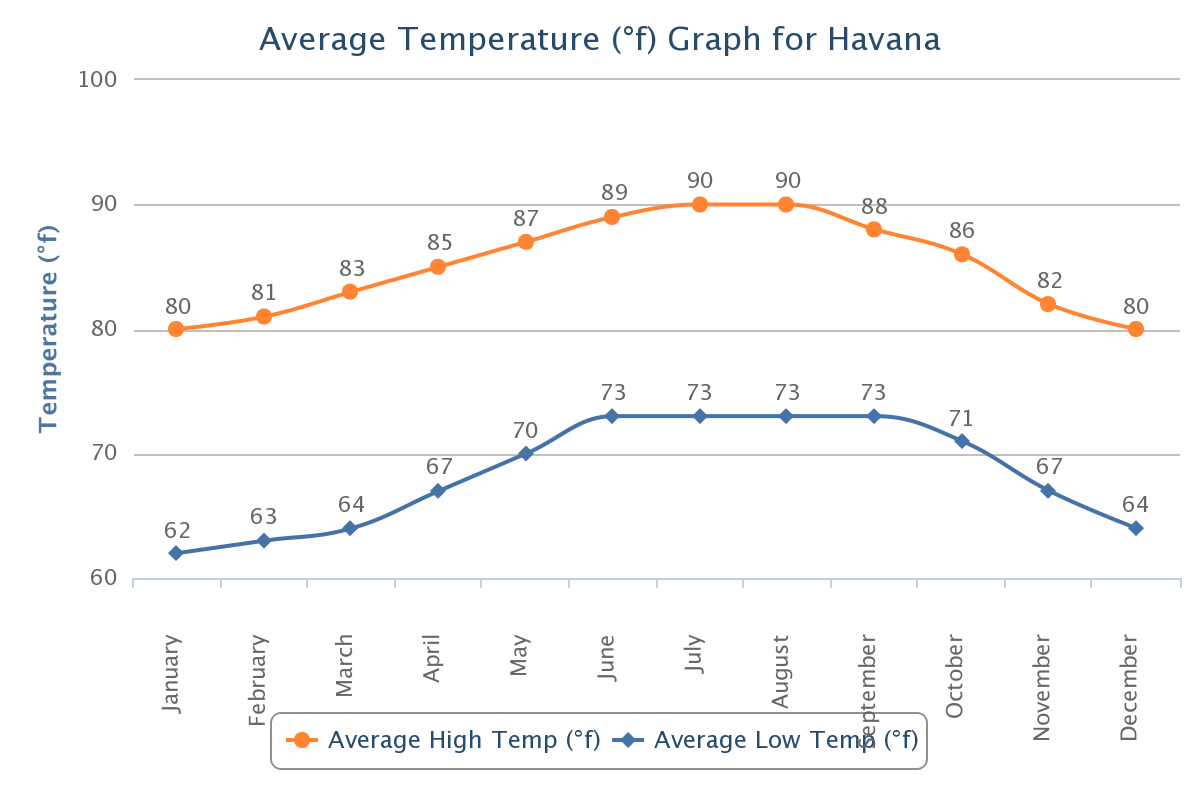 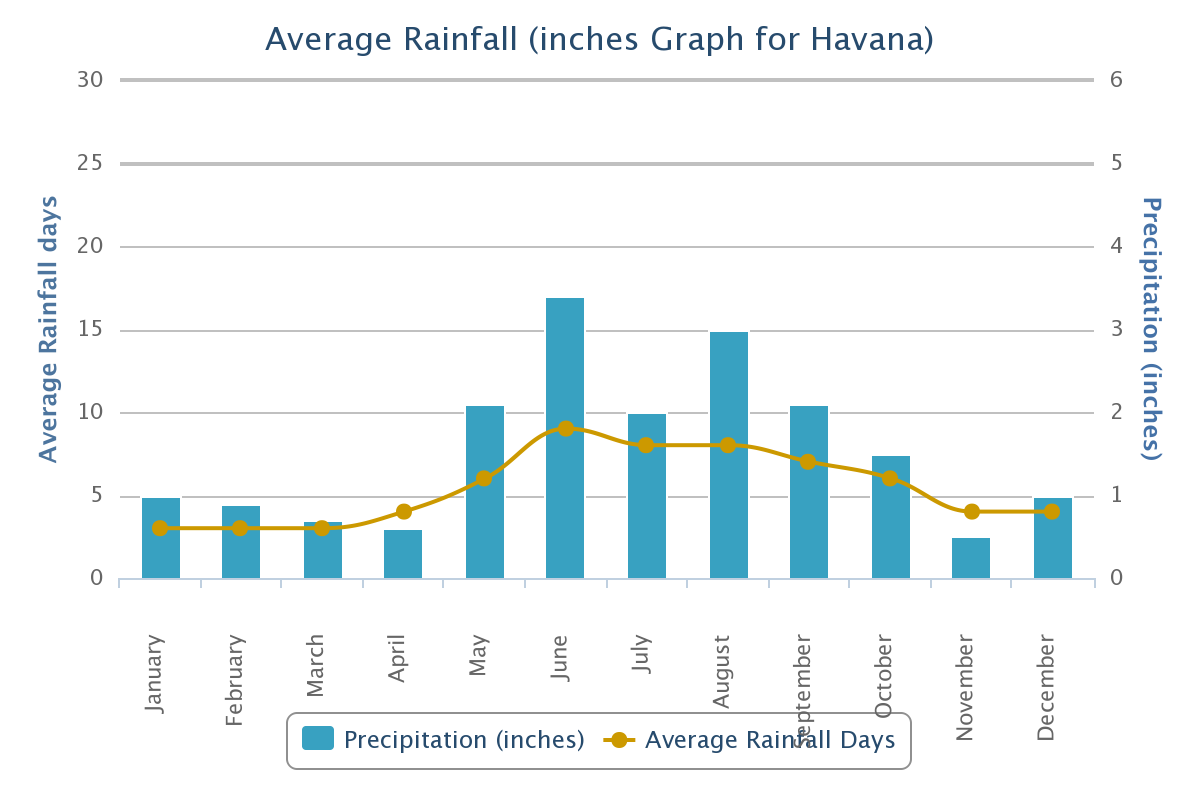 Here are graphs for those who like to see things in Celsius and Millimeters. 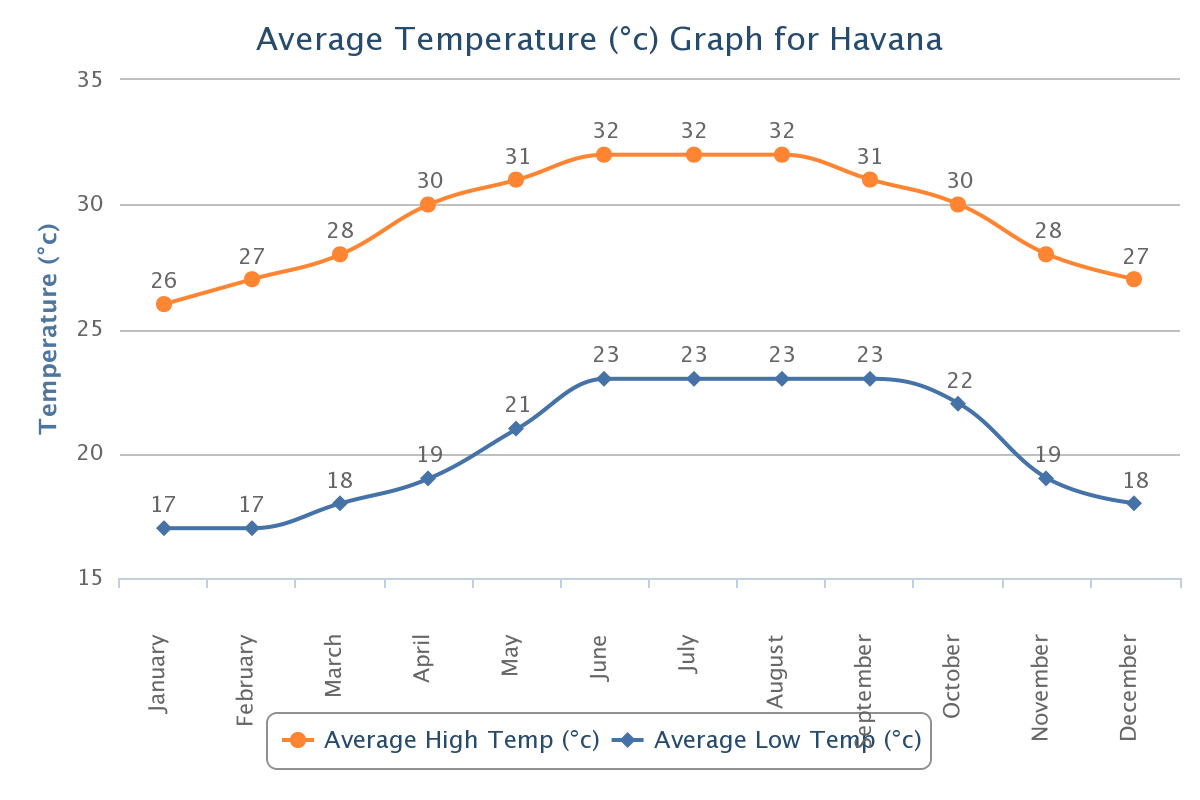 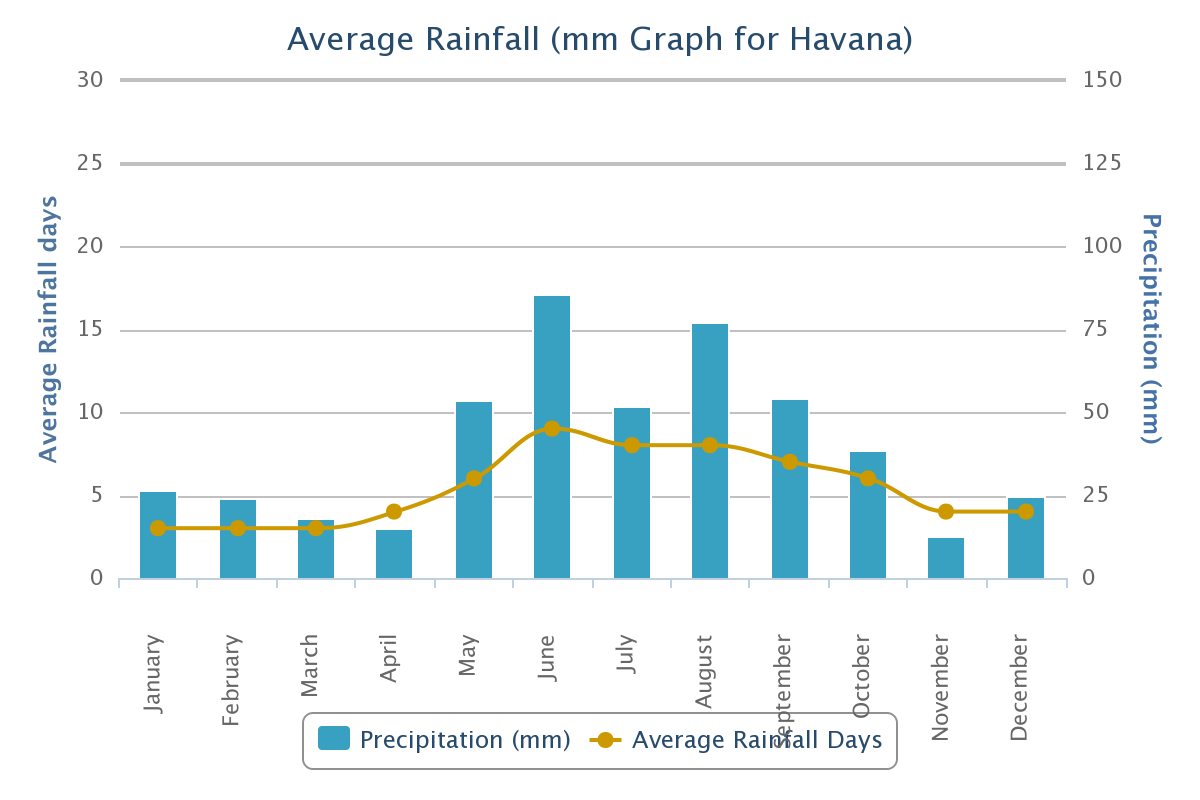 Currently, there is no weather information available.