Unlike other insular regions, Cuba was not endowed with mammals of impressive size. While they may not impress tourists with their stature or predatory natures, the mammals inhabiting Cuba are certainly alluring in their individuality and exotic essence. As with the bee hummingbird, Cuba’s butterfly bat shows that an animal does not have to be elephantine to hold great biological weight. 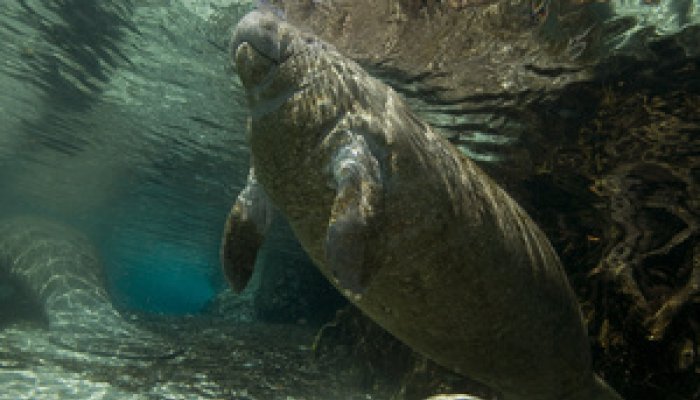 These wrinkled, whiskered creatures often coast in shallow waters such as estuaries, bays, canals, and coastal areas. The West Indian manatee is native to Cuba, Puerto Rico, Hispaniola, and Jamaica, and the Antillean subspecies enjoy the warm waters of the Caribbean due to their lack of insulating body fat and low metabolism. While they have large bodies reminiscent of seals, they are very agile in the water. If you are lucky enough to get close to these creatures, you can hear them communicating with each other through squeaks and squeals, particularly a mother and her calf. You might even be able to spot some algae or barnacles that tend to coat their skin.

Historically, manatees were often hunted but they are now a protected species under the Marine Mammal Protection act. Though they are no longer hunted, manatees are still susceptible to collisions with boats as well as fishing gear. Red tied blooms and pollution, which influenced their diet of seagrass, also poses problems toward their continued conservation.

Fun Fact:
Sailors once mistook these barnacled beauties for mermaids. In fact, their scientific name, Sirenia, derives from the word “siren,” a Greek mythological sea creature whose songs enticed sailors to their doom.

The Cuban hutia, otherwise known as Desmarest’s hutia, is the largest endemic land mammal in Cuba. These mammals are currently widespread throughout Cuba, and researchers suggest this ancient mammal might have survived and thrived in part because they have no competition from other large mammals on the island. However, other islands in the Caribbean are not so lucky. The Cuban hutia is one of 25 hutia species identified on the Caribbean islands, and studies suggest that 18 of these species may be extinct today.

These shy animals tend to live in pairs, though the pairs can occasionally associate with each other in loose groupings. They enjoy living in the leafy treetops, though they sometimes form habitats in holes found in trees or rock crevices on the ground. Unlike so many of Cuba’s endemic species, these critters are actually becoming so plentiful that many farmers consider them pests.

Fun Fact:
Hutia has been a part of the Cuban diet for centuries, and a traditional Cuban culinary dish serves them stewed with nuts and honey. With this in mind, some credence is led to the historical accounts that have indicated that hutia was actually the first New World meat Christopher Columbus ate upon arriving in the Western Hemisphere. Some sailors even took them on their sea voyages as a form of food supply. 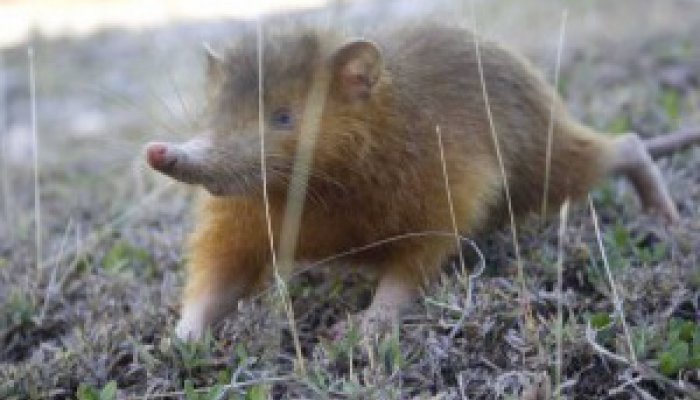 The Cuban solenodons are primitive insectivores, and the species diverged from all other mammal classifications around 76 million years ago. Some consider the shrewlike animals a “living fossil” because they have not evolved much over millions of years.

Until recently, the solenodons were recognized as the dominant predators of the West Indies. Cuban solenodons are venomous, and they have the unique ability to inject their poisonous saliva into their prey when biting them, a tactic which incapacitates them.

However, the species was almost decimated by nonnative predators such as mongooses, dogs, and cats introduced by Europeans during Cuba’s colonization. In fact, the species was so demolished that they were considered extinct until one was capture in 2003. 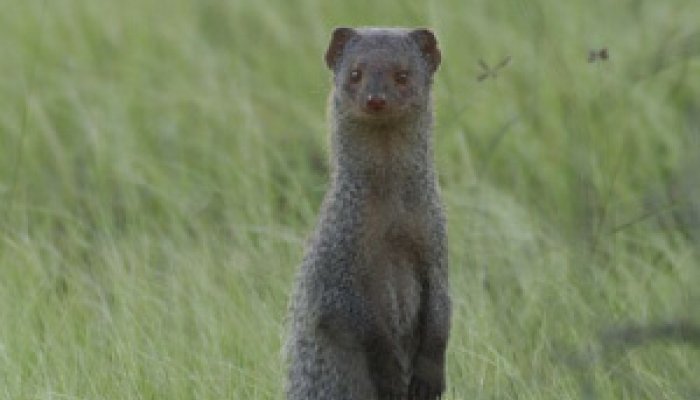 This small, short-eared creature has become notorious as an invasive species, and it is currently recognized as being in the top 100 most harmful invasive species. In particular, the small Indian mongoose has been introduced to islands with few natural predators in an effort to control rat populations in sugar cane fields. However, the Indian mongoose has had significant negative impacts on other small mammals on these islands.

For such an influential creature, they look rather harmless with their slender bodies covered in soft, short fur and compact legs. Their looks are deceiving, however, and they are known for their swift, aggressive behavior. They can dominate other predators such as cats who may have a mass five times greater. In Cuba, you can find these creatures slinking along the ground or standing on its haunches in the grasslands, seeking its prey above the elevated topography 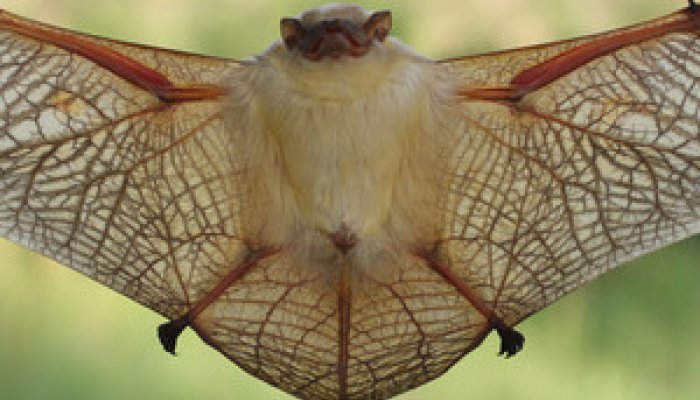 Cuba’s numerous caves house many species of bats, but perhaps the most recognizable—at least in name—is the butterfly bat. While the butterfly bat is one of Cuba’s better-known bats, it’s also one of the world’s smallest bats. With a wingspan of only five inches and weighing less than an ounce, the butterfly bat will be hard to recognize immediately from afar if you spot one out at night for an evening snack. These tiny mammals tend to inhabit the moist caves near Baracoa.